Blast from the Past will now start carrying some Doctor Who items! We have a few to start with, most notably Rose Tyler and K-9!

Also! We know you’ve been waiting for them and they arrive this week! Series 3 Jaeger’s from Pacific Rim. Oh yeah. Coyote Tango & Cherno Alpha are here to stomp face.

Writer Dave Parkin will be on hand to sign copies of his graphic novel, The Devil is Due in Dreary! “Classic Cars, pompadours and rock-n-roll meet the folklore of the American Southwest in this rockabilly take on the classic western.” We’re also very fortunate to have artist Jeff Victor in attendance as well! Jeff Victor will be signing copies of his new artbook, Wicked Crispy, a collection of movie and pop culture cartoons and caricatures. Jeff’s work is both loving and perceptive in its ability to distill the essence of various popular directors, actors and characters.

Come out and see us, grab the goods and meet some great talent, all at Blast from the Past this March!

Have a safe St. Patricks Day!

It’s the news you’ve been waiting for!

Yes indeed, we here at Blast will be joining the MADNESS and will be offering Holiday Deals during this, the most wonderful and financially lethal time of the year! We promise our deals will not contribute to the damage to your wallet.

What ARE our deals?

BUY ONE, GET THE SECOND AT HALF OFF on ALL T-Shirts, Theatrical Posters and Comics! This is the time to snatch up that 8.0 graded issue of The Amazing Spider Man #300 or any of the other items you’ve had your eye on for awhile now! Definitely check out our original one sheet movie posters too! We’ve gotten some highly sought after originals in (Original Ghostbusters 1-sheet in great shape, as well as an original REVENGE OF THE JEDI in GREAT shape)!

Stop on in and see us and grab up that truly unique gift item available only from Blast from the Past! Oh and maybe this is a good time to mention that we will be closed tomorrow (Thursday, November 25th) thanks to that lovely Caloric Gratitude ritual, Thanksgiving.

Have a happy (and sane) holidays!

SO SAY WE ALL!

Heya Blastoids, here’s a quick update of what’s coming up!

It’s been a heckuva year and we’re not done yet! The annual Holiday In the Park is upon us and Blast from the Past will be joining up with other retailers here in beautiful Burbank to make sure it’s a memorable one.  Mark your Calendars for November 22nd (that’s next Friday from the time of this posting)! Stores all over the Magnolia Park area will be decorating their store fronts and doing their part to bring food and toys to the needy during the Holiday season.  We’ll also be holding a raffle for your chance to win T-Shirts, Comics, Action figures, Posters and more! 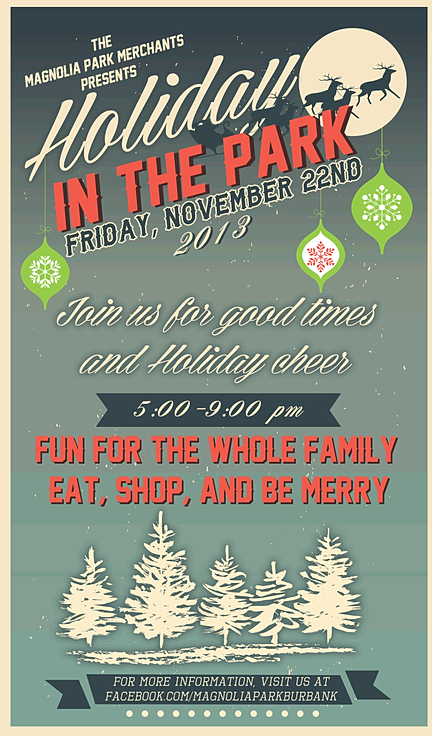 We will also, of course, be having Black Friday Specials as well as Small Business Saturday Sales events! Check back with us in the next week to keep up to date about pricing and promotions.

See below for a list of items we’ll be accepting as donations during out Holiday in the park event! We’ll be collecting canned foods as well as new toys for ages 4-14. Donations will be going to the Burbank Temporary Aid Center.

Lastly, if you haven’t “Liked” us yet on Facebook, you will be hunted down, bound and cast into the pit of the almighty Sarlacc, where you will be slowly digested over a thousand years. It’s not worth it. LIKE US! It’s another great way to keep up to date on new product coming into the store as well as heads up on unique collectables we’ll be making available via Ebay.